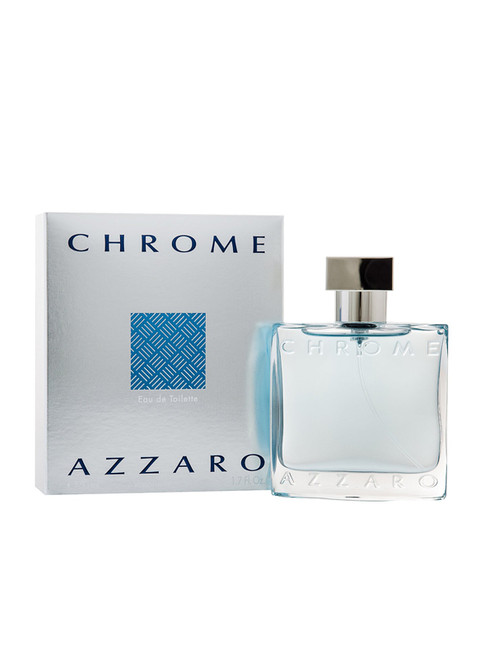 Azzaro Chrome By Azzaro is a classic men's fragrance. What's unique about this fragrance is that the way it smells at first application will be the way it smells all day long.
Fragrance Notes: Rosemary, pineapple, neroli, bergamot, lemon, cyclamen, coriander, jasmine, oakmoss, sandalwood, tonka bean, musk, oakmoss, cedar, brazilian rosewood and cardamom

About The Brand: Loris Azzaro was born on February 9, 1933. He was a French-Italian fashion designer. He was born in Tunisia of Sicilian parents and went to Paris in 1962 to set up his clothes and perfume line. By 1968 his business was a huge success. He was well known for making glamorous party dresses for the elite of French society. Azzaro's collections are always named alphabetically by season. In 1975 he created his first fragrance for women, "Couture", which became his signature scent. His inspirations came from the surroundings of his country of birth, Tunisia: "I let myself get carried by the atmosphere of the country of my childhood with its spiced odors, its colors, its flowers and its perfumes. It is the country where I really become myself, the country where my preferred color is everywhere, azure of the sea and the sky.” Loris Azzaro died at the age of 70 in Paris France in November 2003. In November 2003, French designer Vanessa Seward took over as head designer of the Azzaro label until 2011.

Azzaro Wanted By Night By Azzaro For Men

Azzaro Wanted By Azzaro For Men

Angel By Thierry Mugler For Women