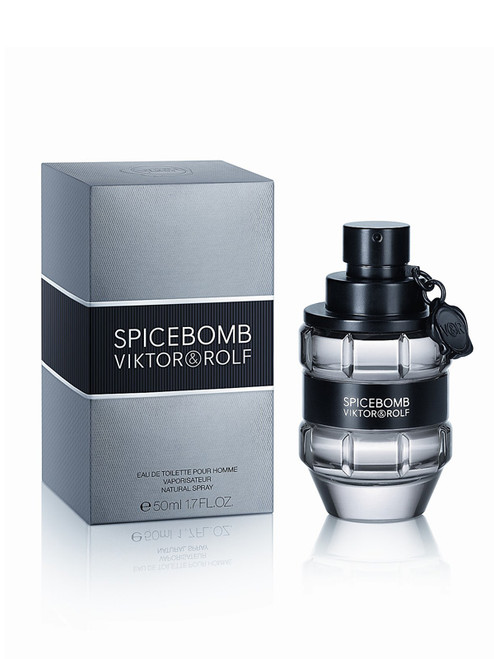 Spicebomb By Viktor & Rolf is a blend of spices with sensual undertones, which create two completely opposite fragrant accords. The first is the addictive and fiery one and the second is an explosive and icy one. The fiery accord contains notes of chili, saffron, leather, tobacco and vetiver. The explosive one includes bergamot, grapefruit, elemi and pink pepper.

About The Brand: Viktor Horsting and Rolf Snoeren met while studying fashion at the Arnhem Academy of Art and Design in The Netherlands. They began working together upon graduation. In 1993 they won a talent contest at the Festival International de Mode et de Photographie in Hyères, and moved to Paris in the same year. In 1998, Viktor & Rolf put on a forbidden fashion show during Paris Fashion Week to attract the press. In 2005 they opened their first shop in Milan which closed in 2008. They were later contracted by L'Oréal to develop their first perfume, called Flowerbomb. In 2006, their first men's perfume, Antidote, was introduced in the United States.

Terre D'Hermes By Hermes For Men

Versace The Dreamer By Gianni Versace For Men

Burberry Touch By Burberry For Men

Bvlgari Aqva By Bvlgari For Men